Department of Mechanical Engineering Assistant Professor Monifa Vaughn-Cooke and a team of students from the University of Maryland Hybrid-System Integration and Simulation (HSIS) Laboratory participated in the Virtual Reality Meets Capitol Hill event held August 2, at the U.S. Capital Building in Washington D.C. The event was aimed at broadening awareness of virtual reality's (VR) potential and impacts beyond gaming into other industry sectors.

Vaughn-Cooke, who directs Maryland's HSIS lab, was one of nine panelists who participated in Tuesday's event which included individuals from across industry, academe and government. She has spent the past several years at Maryland researching applications of VR in safety critical domains such as healthcare and nuclear power.

Several of her current projects aim at creating tailored virtual simulations accessed through mobile technology to help patients to quit smoking or deal with psychological issues.

"Imagine if you could receive some of the same services that you might receive in your doctor's office, therapeutic services, but in the comfort of your own home, or while you are on the go," explained Vaughn-Cooke during the panel. 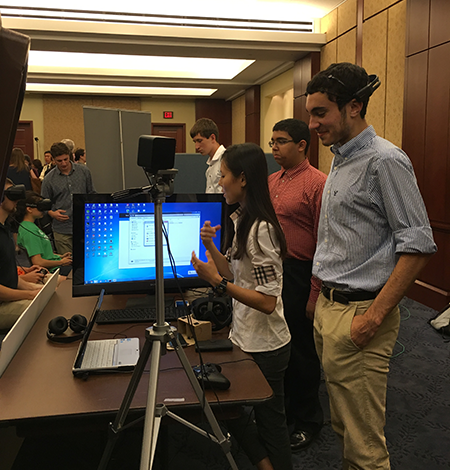 Vaughn-Cooke and her fellow panelists were featured in an article for Computer World, Virtual reality needs U.S. gov't backing, and you can watch the complete panel footage at http://go.umd.edu/vr-on-the-hill.