The A. James Clark School of Engineering held its annual Undergraduate Honors and Awards Ceremony on April 17, 2019 in the Student Union’s Colony Ballroom, recognizing excellence in academics, leadership, and service across all disciplines of the college. Nine students in the Electrical and Computer Engineering (ECE) Department were presented with awards from ECE Chairman Dr. Joseph JaJa.

The ECE Department’s Outstanding Academic Performance Award, which is presented to juniors for academic excellence, was presented to Sara Pohland, a junior electrical engineering student with a 4.0 GPA. She is a member of the Gemstone Honors Program, where she works with her team to develop a tactile feedback system for robotic surgery. She is also a Gemstone Program teaching assistant and steering committee member, and is a part of the Engineering Honors Program. Sara is a Clark School Ambassador, a performer for Gymkana, and a mentor for the ECE Department’s Texas Instruments Peer Mentoring Fellowship. Additionally, she is a member of Alpha Omega Epsilon, Tau Beta Pi, and Omicron Delta Kappa.

Pohland was also selected to receive the A. James Clark School of Engineering’s Dinah Berman Memorial Award, which is presented to a third-year engineering student with a 4.0 grade point average who has combined academic excellence with demonstrated leadership or service to the Clark School.

Tian Lee and Vaishnavi Murthy received the ECE Department’s Service Award, presented to graduating seniors who have demonstrated exceptional leadership and service to both their fellow students and the department.

Tian Lee is a senior electrical engineering student. She is the current president of the Institute of Electrical and Electronics Engineers at Maryland. Tian is also a peer mentor for the Texas Instruments Peer Mentoring Fellowship within the ECE Department. In May 2018, she was awarded Peer Mentor of the Year for her excellence in leadership and dedication to the program. Tian previously interned for the Advanced Manufacturing Group at Maryland where she researched energy harvesting and co-published a technical report through the Army Research Laboratory. She will join Lockheed Martin after graduation.

Vaishnavi Murthy is a senior electrical engineering student who has served on the department’s General Academic Affairs Committee for the past two years and on the Undergraduate Affairs Committee. She has been an undergraduate teaching fellow for four semesters in ENEE148A, ENEE142, and ENEE205. She is treasurer of Tau Beta Pi, the engineering honors society, and is the captain of UMD Moksha, a competitive collegiate Indian Classical Dance Team. Vaishnavi has been accepted to Columbia University to begin her studies towards a PhD in the area of Integrated Silicon Photonics.

Jackson (West) Foster is a graduating senior in electrical engineering. He is a member of the Gemstone Honors Program where he is developing continuous noninvasive methods of blood pressure measurement. West interned at Northrop Grumman where he designed a 3D printed antenna which is currently under review for a patent internally at Northrop Grumman. West will begin pursuing a PhD in electrical engineering this fall at Stanford University.

Nikhil Goyal is a fifth-year electrical engineering and pre-med student. He received an Honors College citation from the Entrepreneurship and Innovation Program, and he is a member of Eta Kappa Nu and Tau Beta Pi honors societies, as well as the Sigma Alpha Mu fraternity. After graduating, Nikhil will work at the National Institutes of Health as a post-bac researcher while applying to medical school. He hopes to combine his passion for engineering and medicine to create medical devices that improve the lives of people all over the world.

Nhi Phan is a senior electrical engineering student with a 4.0 GPA. She has been honored with several awards and honors from the University of Maryland and the ECE Department. Nhi has been active in her early career, working as a software engineer intern at the National Institute of Standards and Technology in 2017, and at WSP as an electrical engineer intern working on power systems in 2018. She has also worked for the Maryland Transit Administration as a QAQC engineer intern. In addition, Nhi is a volunteer math tutor for K-12 students in Prince George’s County.

Alex Danoff, Justin Lehr, and George Tong were recognized for their outstanding academic performance as seniors in computer engineering.

Alex Danoff is a senior computer engineering student and an alumnus of the ACES (Advanced Cybersecurity Experience for Students) Honors Program. He has served as a teaching fellow in the Computer Science and Electrical Engineering departments. He is a member of the Theta Tau Professional Engineering Fraternity and has served on its executive board. Alex has accepted a full-time position with Oculus and will be starting there after graduation.

Justin Lehr is a senior computer engineering student with a 3.97 GPA. He is pursuing a minor in the Advanced Cybersecurity Experience for Students Honors College Program and is a member of the RISE Leadership Academy. Justin is the webmaster for Tau Beta Pi, the National Engineering Honor Society, and is a trumpet player in the Mighty Sound of Maryland marching band. He is also a teaching assistant for the Computer Science department and a Clark School Ambassador. He plans to work full-time after graduating in May.

George Tong is a senior computer engineering student and was a member of the ACES (Advanced Cybersecurity Experience for Students) Honors Program. He worked as a teaching assistant for the Computer Science department’s CMSC351 course for most of his college career. After graduation, he will be working at Robinhood as a Software Engineer.

Other awards given to ECE undergraduate students included the following:

Alexander Beall was one of four students to receive the Outstanding Engineering Co-op/Intern Award. The award is presented to select students who have demonstrated exceptional work performance, strong academic achievement, and remarkable potential for a successful career while participating in a cooperative education or internship opportunity. Beall is a senior electrical engineering student who interned at the Johns Hopkins University Applied Physics Lab where he helped secure funding for a digital communication technique used in cybersecurity. 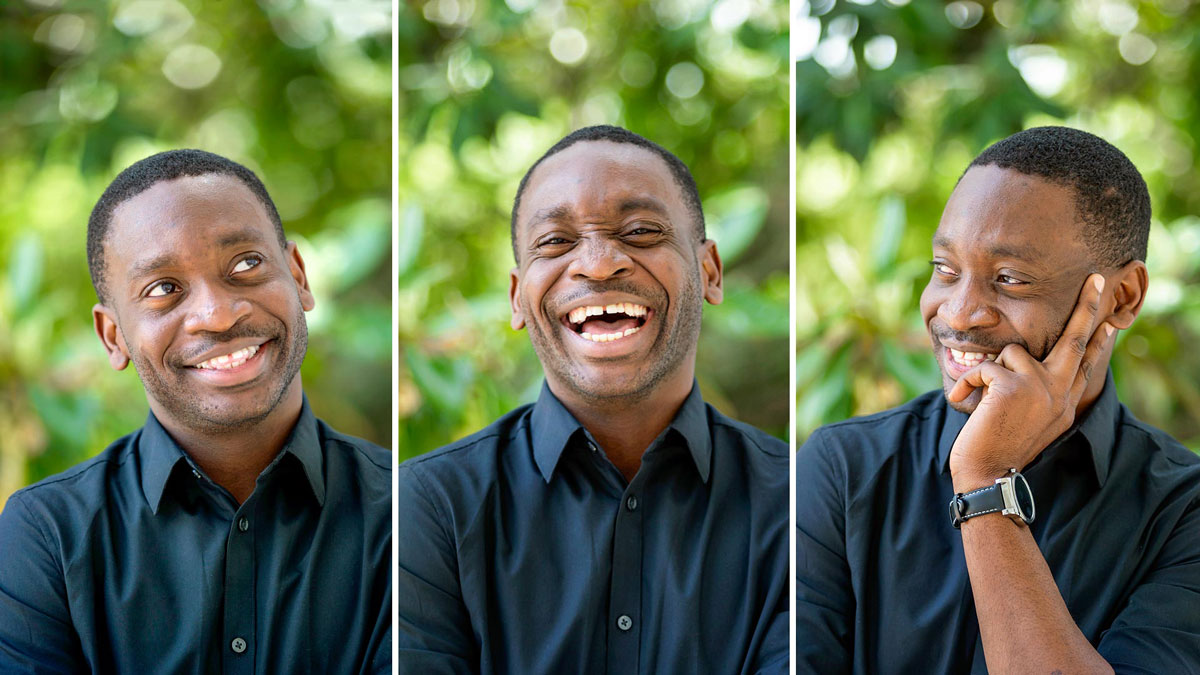