Espy-Wilson is the ADVANCE Program for Inclusive Excellence Professor for Women Faculty of Color in science, technology, engineering, and mathematics (STEM). She is a member of the National Advisory Board on Medical Rehabilitation Research which advises the National Center for Medical Rehabilitation Research at the National Institutes of Health (NIH). This board fosters the development of scientific knowledge needed to enhance the health, productively, independence, and quality-of-life of people with disabilities. She also was appointed a fellow of the Radcliffe Institute for Advanced Study for the academic year 2008–2009.

In 2010, Espy-Wilson won a number of awards for her multi-pitch tracking in adverse environments invention, which radically improves sound quality over cell phones and in hearing aids, among other devices, and for her start-up company Omnispeech LLC. These awards included the 2010 Maryland Innovator of the Year, sponsored by the Maryland Daily Record; the 2010 $50,000 SAIC-VentureAccelerator Competition; the Rockville Economic Development Inc. StartRight! Women’s Business Plan Competition; the “High Technology Category” of the 2010 University of Maryland $75K Business Plan Competition; and the University of Maryland’s Invention of the Year competition in the Information Science category.

She is the recipient of numerous NSF, NIH and DoD grants for digital speech forensics, speech aids for tongue cancer patients and technology for those with cochlear implants, as well as for her work in background noise suppression.

For more information about the Distinguished Scholar-Teacher Award program, as well as a list of past winners, please visit: http://www.faculty.umd.edu/FacAwards/dstlist.html. 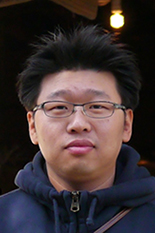