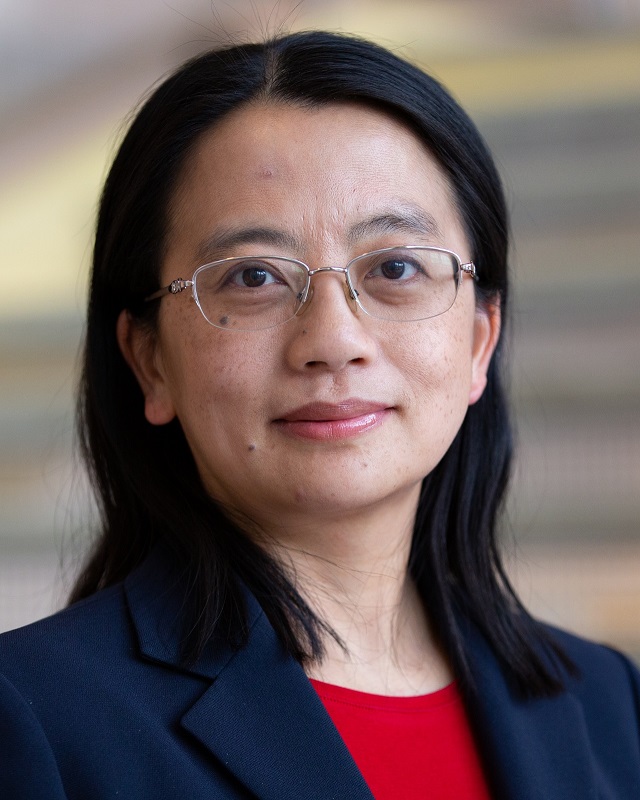 Dr. Min Wu received a B.E. degree in electrical engineering and a B.A. degree in economics from Tsinghua University, Beijing, China, in 1996 (both with the highest honors), and an M.S. degree and Ph.D. degree in electrical engineering from Princeton University in 1998 and 2001, respectively. She was with NEC Research Institute and Signafy, Inc. Princeton, NJ, in 1998, and with the Media Security Group, Panasonic Information & Networking Laboratories, Princeton, NJ, in 1999. Since Fall 2001, she has been a faculty member of the Electrical and Computer Engineering Department and the Institute of Advanced Computer Studies (UMIACS) at the University of Maryland. She is also affiliated with the Institute of Systems Research (ISR) in the same university.

Dr. Wu's research interests include information security and forensics, and multimedia signal processing and communications. She has published one book "Multimedia Data Hiding" (Springer-Verlag, 2003) and about 65 refereed journal and conference publications. She holds four U.S. patents on media security. Dr. Wu is a member of the IEEE Technical Committee on Multimedia Signal Processing and on Multimedia Systems and Applications. She has served as publicity chair for 2003 IEEE International Conference on Multimedia and Expo (ICME'03), finance chair for 2007 IEEE International Conference on Acoustic, Speech, and Signal Processing (ICASSP'07), and in the technical program committees of several international conferences on multimedia, signal processing, communications, and information security. She also co-edited a Special Issue on Multimedia Security and Rights Management for EURASIP Journal of Applied signal Processing in 2004.

Dr. Wu received an NSF CAREER award on information security and protection in 2002, and a George Corcoran Education Award from University of Maryland in 2003, a 2004 Best Paper Award from the EURASIP Journal of Applied Signal Processing, and a Young Investigator award on multimedia security and forensics from U.S. Office of Naval Research in 2005. In 2004, she was selected by the MIT Technology Review Magazine as one of the 100 top young innovators whose contribution to emerging technologies will profoundly influence the world.

American Association for the Advancement of Science, 2017

Institute of Electrical and Electronics Engineers, 2010

Harriett B. Rigas Award from the IEEE Education Society, 2019

Maryland Innovator of the Year Award, 2012

Invention of the Year Award for "Environmental Signatures for Forensic Analysis and Alignment of Media Recordings," 2012

Alumnus David A. Bader to be Inducted into Clark School Innovation Hall of Fame

Induction celebrates Bader’s work to democratize supercomputing through the creation of the first Linux supercomputer.

Continued success for the MPEL Team.

The new forensic technique could help determine where and when digital still images were captured.

Clark School researchers among the "who's who" of influential researchers, according to Clarivate.