Alumna Enlu Zhou (EE Ph.D. 2009) is the recipient of a 2015 National Science Foundation Faculty Early Career Development (CAREER) Award for Optimization and Sampling in Stochastic Simulation. The five-year award is worth $500,000.

Zhou is an assistant professor in the H. Milton Stewart School of Industrial and Systems Engineering at the Georgia Institute of Technology. Her research interests include simulation optimization, stochastic control, and Markov decision processes. At Maryland she was advised by Professor Steve Marcus (ECE/ISR) and Professor Michael Fu (BGMT/ISR) and was part of the A. James Clark School of Engineering’s Future Faculty Program. She previously won a 2012 Young Investigator award from the Air Force Office of Scientific Research (AFOSR). Her research focused on “Dynamic Decision Making under Uncertainty and Partial Information.”

About this research
Zhou will be developing new methods for optimizing and predicting performance of complex systems described by stochastic simulation models. Such systems arise in finance, engineering design, systems biology and manufacturing, and are often characterized by complexities, nonlinearities, and uncertainties in their dynamics. The major challenges in the optimization and prediction of the system performance are the expensive evaluation of system models, lack of structure in the performance measure, huge search space, and the need to address the balance between efficiency and accuracy. Zhou’s new theory and methodologies will be applied to modeling of a class of biological systems from experiment data and studying modes of behaviors of these systems, helping to reveal their functional mechanisms and design principles. The new algorithms will possess both superior practical performance and rigorous convergence guarantees for the simulation optimization; and characterization of the response space of a system model.

The NSF CAREER program fosters the career development of outstanding junior faculty, combining the support of research and education of the highest quality and in the broadest sense. 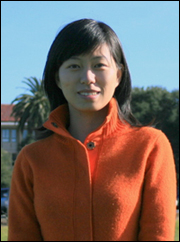 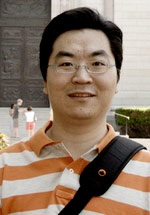