It sounds like pure sorcery: using diamonds to observe invisible power swirling and flowing through carefully crafted channels. But these diamonds are a reality. University of Maryland Electrical and Computer Engineering Professor Ronald Walsworth, and Quantum Technology Center (QTC) Postdoctoral Associate Mark Ku, along with colleagues from several other institutions, including Professor Amir Yacoby and Postdoctoral Fellow Tony Zhou at Harvard, have developed a way to use diamonds to see the elusive details of electrical currents.

The new technique gives researchers a map of the intricate movement of electricity in the microscopic world. The team demonstrated the potential of the technique by revealing the unusual electrical currents that flow in graphene, a layer of carbon just one atom thick. Graphene has exceptional electrical properties, and the technique could help researchers better understand graphene and other materials and find new uses for them.

In a paper published on July 22 in the journal Nature, the team describes how their diamond-based quantum sensors produce images of currents in graphene. Their results revealed, for the first time, details about how room-temperature graphene can produce electrical currents that flow more like water through pipes than electricity through ordinary wires.

“Understanding strongly interacting quantum systems, like the currents in our graphene experiment, is a central topic in condensed matter physics,” says Ku, the lead author of the paper. “In particular, collective behaviors of electrons resembling those of fluids with friction might provide a key to explaining some of the puzzling properties of high-temperature superconductors.”

It is no easy task to get a glimpse of current inside a material. After all, a wire alive with electricity looks identical to a dead wire. However, there is an invisible difference between a current-bearing wire and one carrying no electrical power: A moving charge always generates a magnetic field. But if you want to see the fine details of the current you need a correspondingly close look at the magnetic field, which is a challenge. If you apply to blunt a tool, like a magnetic compass, all the detail is washed away and you just measure the average behavior.

Walsworth, who is Director of the QTC and a Fellow of the Joint Quantum Institute (JQI), specializes in ultra-precise measurements of magnetic fields. His success lies in wielding diamonds, or more specifically quantum imperfections in man-made diamonds.

The Rough in the Diamond

“Diamonds are literally carbon molecules lined up in the most boring way,” said Michael, the immortal being in the NBC sitcom “The Good Place.” But the orderly alignment of carbon molecules isn’t always so boring and perfect.

Imperfections can make their home in diamonds and be stabilized by the surrounding, orderly structure. Walsworth and his team focus on imperfections called nitrogen vacancies, which trade two of the neighboring carbon atoms for a nitrogen atom and a vacancy.

“The nitrogen vacancy acts like an atom or an ion frozen into a lattice,” says Walsworth. “And the diamond doesn't have much of an effect besides conveniently holding it in place. A nitrogen vacancy in a diamond, much like an atom in free space, has quantum mechanical properties, like energy levels and spin, and it absorbs and emits light as individual photons.”

The nitrogen vacancies absorb green light, and then emit it as lower-energy red light; this phenomenon is similar to the fluorescence of the atoms in traffic cones that create the extra-bright orange color. The intensity of the red light that is emitted depends on how the nitrogen vacancy holds energy, which is sensitive to the surrounding magnetic field.

So if researchers place a nitrogen vacancy near a magnetic source and shine green light on the diamond they can determine the magnetic field by analyzing the produced light. Since the relationship between currents and magnetic fields is well understood, the information they collect helps paint a detailed image of the current.

To get a look at the currents in graphene, the researchers used nitrogen vacancies in two ways.

The first method provides the most detailed view. Researchers run a tiny diamond containing a single nitrogen vacancy straight across a conducting channel. This process measures the magnetic field along a narrow line across a current and reveals changes in the current over distances of about 50 nanometers (the graphene channels they investigate were about 1,000 to 1,500 nanometers wide). But the method is time consuming, and it is challenging to keep the measurements aligned to form a complete image.

Their second approach produces a complete two-dimensional snapshot, like that shown in the image above, of a current at a particular instant. The graphene rests entirely on a diamond sheet that contains many nitrogen vacancies. This complementary method generates a fuzzier picture but allows them to see the entire current at once.

Not Your Ordinary Current

The researchers used these tools to investigate the flow of currents in graphene in a situation with particularly rich physics. Under the right conditions, graphene can have a current that is made not just out of electrons but out of an equal number of positively charged cousins—commonly called holes because they represent a missing electron.

In graphene, the two types of charges strongly interact and form what is known as a Dirac fluid. Researchers believe that understanding the effects of interactions on the behaviors of the Dirac fluid might reveal secrets of other materials with strong interactions, like high-temperature superconductors.  In particular, Walsworth and colleagues wanted to determine if the current in the Dirac fluid flows more like water and honey, or like an electrical current in copper.

In a fluid, the individual particles interact a lot—pushing and pulling on each other. These interactions are responsible for the formations of whirling vortices and the drag on things moving through a fluid. A fluid with these sorts of interactions is called viscous. Thicker fluids like honey or syrup that really drag on themselves are more viscous than thinner fluids like water.

But even water is viscous enough to flow unevenly in smooth pipes. The water slows down the closer you get to the edge of the pipe with the fastest current in the center of the pipe. This specific type of uneven flow is called viscous Poiseuille flow, named after Jean Léonard Marie Poiseuille, whose study of blood travelling through tiny blood vessels in frogs inspired him to investigate how fluids flow through small tubes.

In contrast, the electrons in a normal conductor, like the wires in computers and walls, don’t interact much. They are much more influenced by the environment within the conducting material—often impurities in the material in particular. On the individual scale, their motion is more like that of perfume wafting through the air than water rushing down a pipe. Each electron mostly does its own thing, bouncing from one impurity to the next like a perfume molecule bouncing between air molecules. So electrical currents tend to spread out and flow evenly, all the way up to the edges of the conductor.

But in certain materials, like graphene, researchers realized that electrical currents can behave more like fluids. It requires just the right conditions of strong interactions and few impurities to see the electrical equivalents of Poiseuille flow, vortices and other fluid behaviors.

“Not many materials are in this sweet spot,” says Ku. “Graphene turns out to be such a material. When you take most other conductors to very low temperature to reduce the electron’s interactions with impurities, either superconductivity kicks in or the interactions between electrons just aren’t strong enough.”

While previous research indicated that the electrons can flow viscously in graphene, they failed to do so for a Dirac fluid where the interactions between electrons and holes must be considered. Previously, researchers couldn’t get an image of a Dirac Fluid current to confirm details like if it was a Poiseuille flow. But the two new methods introduced by Walsworth, Ku and their colleagues produce images that revealed that the Dirac fluid current decreases toward the edges of the graphene, like it does for water in a pipe. They also observed the viscous behavior at room temperature; evidence from previous experiments for viscous electrical flow in graphene was restricted to colder temperatures.

The team believes this technique will find many uses, and Ku is interested in continuing this line of research and trying to observe new viscous behaviors using these techniques in his next position as an assistant professor of physics at the University of Delaware. In addition to providing insight into physics related to the Dirac fluid like high temperature superconductors, the technique may also reveal exotic currents in other materials and provide new insights into phenomena like the quantum spin Hall effect and topological superconductivity. And as researchers better understand new electronic behaviors of materials, they may be able to develop other practical applications as well, like new types of microelectronics.

“We know there are lots of technological applications for things that carry electrical currents,” says Walsworth. “And when you find a new physical phenomenon, eventually, people will probably figure out some way to use it technologically. We want to think about that for the viscous current in graphene in the future.” 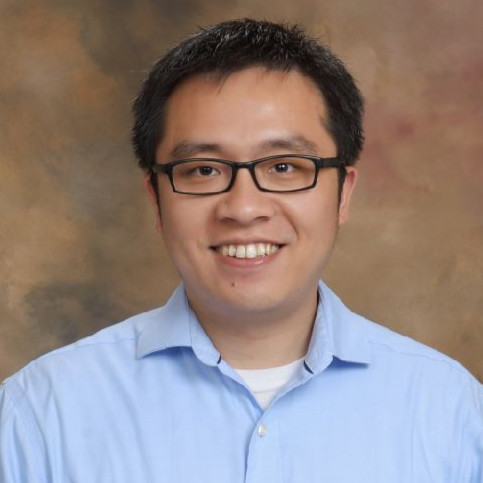 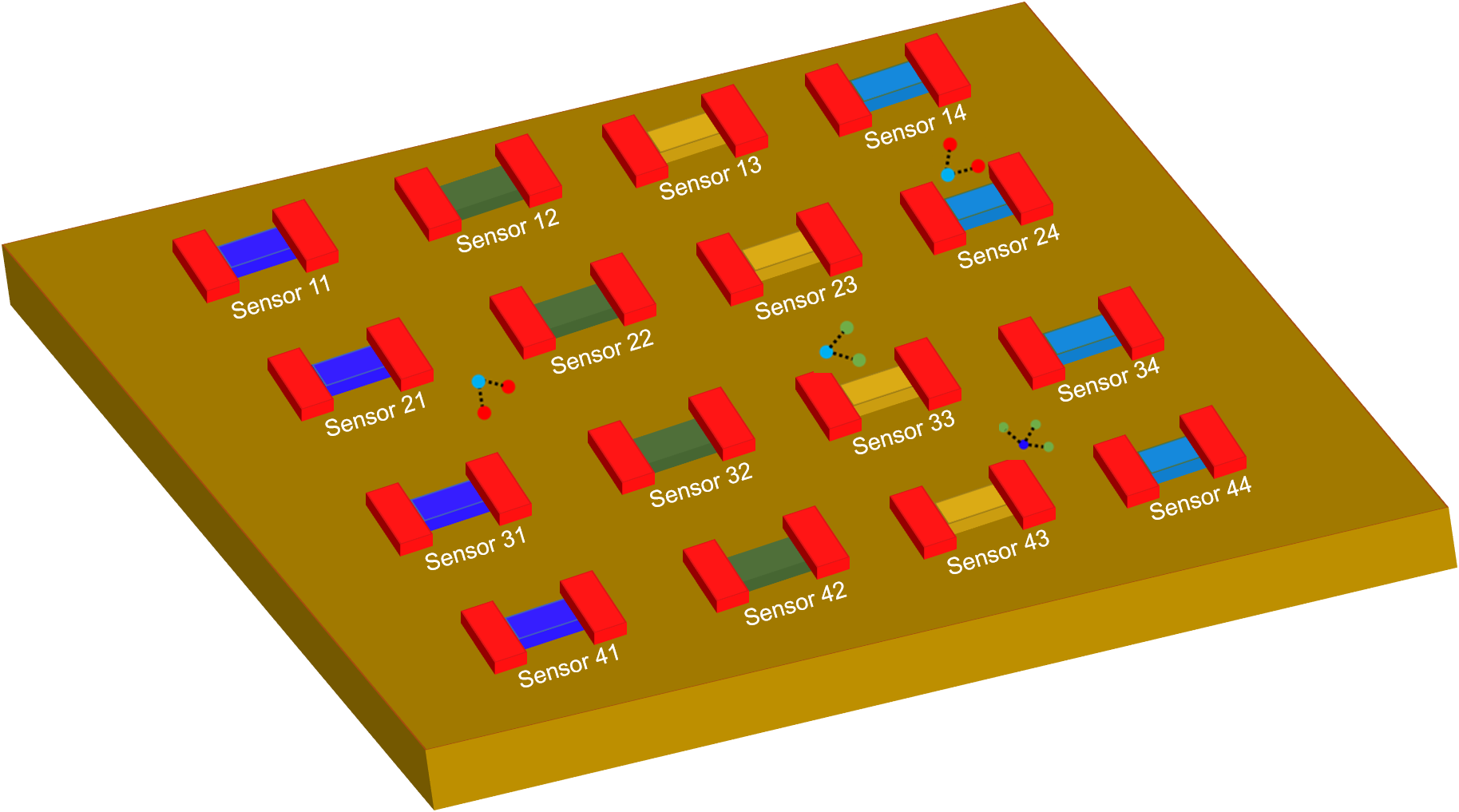