The Association for Computing Machinery (ACM) has announced that Yossi Matias, Vice President of Engineering at Google, has received the ACM Paris Kanellakis Theory and Practice Award. Matias shares the award with Noga Alon of Princeton University and Tel Aviv University, Phillip Gibbons of Carnegie Mellon University, and Mario Szegedy of Rutgers University, which recognizes their seminal work on the foundations of streaming algorithms and their application to large-scale data analytics.

Matias, Alon, Gibbons, and Szegedy pioneered a framework for algorithmic treatment of streaming massive datasets, according to the ACM. Their sketching and streaming algorithms remain the core approach for streaming big data and constitute an entire subarea of the field of algorithms. The concepts of sketches and synopses that they introduced are now routinely used in a variety of data analysis tasks in databases, network monitoring, usage analytics in internet products, natural language processing and machine learning.

Yossi Matias is Vice President of Engineering at Google, and is the Head of the Google R&D Center in Israel which he established. He is leading efforts in AI and Search, including Conversational AI, Search technologies and experience, Crisis Response and Research initiatives ranging from foundations to applications in Health. Yossi has authored numerous papers, is a recipient of the 2005 ACM-EATCS Gödel prize for “the profound impact on the theory and practice of the analysis of data streams," and was elected in 2009 an ACM Fellow.

In addition to his entrepreneurial and executive endeavors, Matias is also on the Computer Science faculty at Tel Aviv University, and was previously a Research Scientist at Bell Labs and a visiting professor at Stanford University.

Matias received his PhD degree in Computer Science from Tel Aviv University. He studied at the University of Maryland under Professor Uzi Vishkin (ECE/UMIACS) between 1990-1992.

The Paris Kanellakis Theory and Practice Award honors specific theoretical accomplishments that have had a significant and demonstrable effect on the practice of computing. 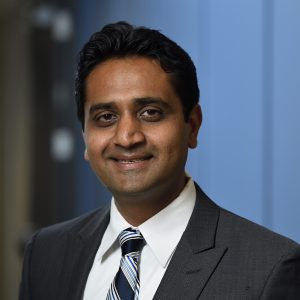