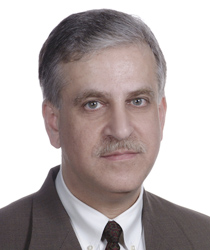 Eyad H. Abed is a Professor of Electrical and Computer Engineering at the University of Maryland, College Park, where he is also affiliated with the Institute for Systems Research. During 2014-2017, he was on an intergovernmental appointment as a Program Director in the Energy, Power, Control and Networks (EPCN) Program within the Division of Electrical, Communications and Cyber Systems (ECCS) of the U.S. National Science Foundation. During 2002-2008, he served as Director of the Institute for Systems Research at the University of Maryland. During 2009-2012, he served as Dean of the College of Information Technology at the United Arab Emirates University.

Dr. Abed received the S.B. degree from the Massachusetts Institute of Technology in 1979, and the M.S. and Ph.D. degrees in 1981 and 1982, respectively, from the University of California at Berkeley, all in Electrical Engineering. He is a Fellow of the IEEE, and a recipient of several awards, including the Presidential Young Investigator Award from the National Science Foundation, the O. Hugo Schuck Best Paper award from the American Automatic Control Council, a Senior Fulbright Scholar Award from the Council for the International Exchange of Scholars, the Outstanding Systems Engineering Faculty Award of the Institute for Systems Research, the Alan Berman Research Publication Award from the Naval Research Laboratory, and two teaching awards from the University of Maryland. He has been on the editorial boards of the IEEE Transactions on Automatic Control and the journal Nonlinear Dynamics. He was also a member of the Executive Committee of the IEEE Control Systems Society, and served as its Vice President for Financial Activities during 2007-2009. He has consulted for several corporations and government agencies in the application of control and dynamic modeling to problems in energy, radar and aircraft engine dynamics.

In applications, he and his co-workers have contributed to the study of oscillations and nonlinear dynamics of electric power systems; oscillations in internet traffic under congestion control protocols such as TCP-RED; redesign of computer network congestion control protocols to extend the regime of acceptable behavior; analysis and design of artificial swarms; nonlinear dynamics and active stall control of gas turbine jet engines; control of tethered satellites in station-keeping and in deployment and retrieval; modeling and control of power electronic circuits using sampled-data methods; nonlinear modeling and control of supercavitating bodies; control of particle accelerators; aircraft stall control; analysis and control design for cardiac arrhythmia; and gated radar tracking system nonlinear modeling and dynamics.

Founded by University of Maryland students, the non-profit was recently recommended for donations in the New York Times.

This year, the workshop is being held online and is limited to 300 participants, chosen through a selection process that began with submission of applications.

Wu will serve on the county's Board of Education beginning in 2019.

Baras honored for his technical contributions and commercialization leadership of Internet over satellite, hybrid satellites, and terrestrial networks.