The first revolution of quantum mechanics, which was based on wave-particle nature, has led to the invention of the transistor, laser, MRI etc. Recent advances in fundamental understanding and technological control of quantum systems are poised to usher a yet new wave of change. Specifically, controlling the light-matter interaction between individual excitations, such as photonic, electronic and vibrational, has enabled the manipulation of quantum states and exploited their quantum correlations. This has led to the emergence of various fields, such as quantum computation/simulation, quantum communication, quantum sensing, and imaging, to develop quantum devices, which could outperform their classical counterparts.

Faculty members in this area of research include: 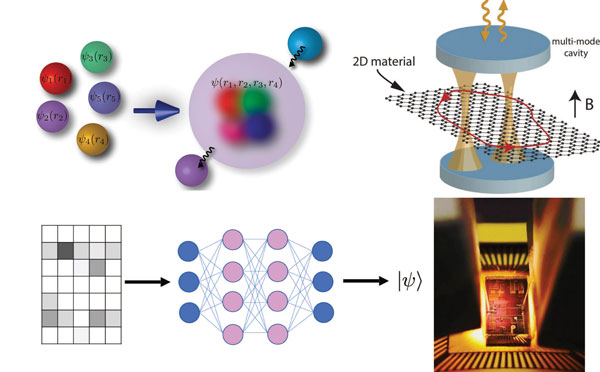 This group aims to theoretically and experimentally investigate various quantum properties of light-matter interaction for applications in quantum information processing, sensing and quantum materials with novel functionalities. Moreover, we explore associated fundamental phenomena, such as many-body physics, that could emerge in such physical systems. This research is at the interface of quantum optics, condensed matter physics, and machine learning.