This fall ECE honored four alumni for their leadership and meritorious contributions to the field of engineering, their humanitarian efforts, and the application of their engineering education to other disciplines. At the fourth annual ECE Distinguished Alumni Award presentation fellow alumni, faculty, and staff gathered in A.V. Williams for a luncheon to honor the recipients. This year, ECE’s Distinguished Alumni are Nital Patel, Balaji Sampath, Mark Smith, and Leandros Tassiulas.

Nital Patel
Nital S. Patel (M.Sc. ’93, Ph.D. ’95) was nominated to receive the 2015 ECE Distinguished Alumni Award by his advisor Professor John Baras. Patel has made significant technical contributions to the area of systems, control, and signal processing applications in the area of semiconductor manufacturing. As a Principal Engineer with Intel Corporation, he is responsible for leading a team of researchers in identifying and developing the next set of software systems capabilities for Intel’s assembly and test operations.

His foci are on the design and development of solutions and systems that are related to process modeling and control, factory scheduling algorithms and systems, data mining and machine learning solutions for rapid information turns, and in-house design and development of complex image processing systems for inspection and metrology. He defined the fab process control roadmap; created the first solution to circumvent the system level observability issues encountered in process control under high-mix conditions; and subsequently, leading the process control strategy and thrust for wafer and component test areas.

Patel also worked at Texas Instruments, Inc. (TI). As one of the original pioneers in driving widespread acceptance of modern systems and control techniques in semiconductor manufacturing; there he derived a solution for an implicit tuning algorithm that was guaranteed to be always stable which led to the first practical adoption of control techniques for lithography pattern overlay control.

Dr. Patel holds 11 patents in the area of process control, modeling, and data analysis in semiconductor manufacturing. He has served on the Editorial Board of the IEEE Transactions on Semiconductor Manufacturing since 2003. Patel has authored over 35 papers, a book chapter, participated in many industry conferences. He is an associate faculty member at Arizona State University.

Balaji Sampath
Balaji Sampath (Ph.D. ’97) is a central figure in the Association for India’s Development, Inc. (AID). He has made several vital contributions in planning and executing large-scale campaigns in health, literacy and improving quality of education in India. His work has culminated in the Hundred Block Plan (HBP), a multi-pronged rural intervention and development program across India - which he pioneered with the All-India People’s Science Network (AIPSN).

During graduate school, Sampath became a volunteer for AID-College Park when it was still a local organization. He mobilized 500 volunteers and started 25 chapters of Association for India’s Development in the USA. Sampath returned to India to start working full-time on social issues in 1997 then founded AID INDIA. He worked with Center for Ecology and Rural Development and the People’s Science Movement on various health and education programs and was also a National Organizer of the People’s Health Assembly Campaign in 2000. Recently, he has played a key role in AID India’s large scale primary education program, the Eureka Child initiative, which reaches out to 1 million children in Tamil Nadu to improve reading, math and science skills. For his altruistic endeavors, his advisor Professor K. J. Ray Liu, nominated Dr. Sampath for this award.

Sampath is a graduate of IIT-Chennai where he had stood All India No. 4 in the Joint Entrance Examination.  Sampath is a recipient several awards for AID INDIA’s work in reading and science education including the Ashoka Fellowship, Lemelson Innovator’s Award, Rotary Distinguished Service Award.  He also hosts a popular weekly science program for children on television. Dr. Sampath is an author of several books and videos on education, science popularization and health.

Mark Smith
Mark V. Smith, M.D. (B.S.E.E. ’80) has been a Director at Kelyniam Global, Inc. since June 2014 and has over 20 years of clinical experience in neurosurgery.  He also worked as a biomedical engineer at the University of Maryland Shock Trauma Unit.

In 1999, Smith started a private practice neurosurgery group in Utica, New York. He also served as an Assistant Professor of Neurological Surgery at SUNY Health Sciences Center in Syracuse, New York from 1994 - 1999. During his tenure there, he specialized in epilepsy and skull based surgery. Dr. Smith has received numerous awards and grants and is published in the fields of neuroanatomy, neurophysiology and neurosurgery.

Smith completed his Neurosurgery training at SUNY Upstate University Hospital in Syracuse, New York in 1993. He is also fellowship trained in pituitary surgery and epilepsy surgery. He says, “it is in epilepsy surgery where my electrical engineering education truly was an asset—when working to assist patients with this neurological disorder, one must focus on the electrical impulses impacting the brain and nervous system.” Professor Robert Newcomb, who Smith worked closely with as an undergraduate, nominated him for this award. Dr. Smith graduated magna cum laude with a Bachelor’s degree in Electrical Engineering from the University of Maryland. After working two years as a biomedical engineer, he was admitted to medical school, where he earned a Doctorate of Medicine from the University of Maryland in 1986.

Leandros Tassiulas
Leandros Tassiulas (Ph.D. ’91) is the John C. Malone Professor of Electrical Engineering at Yale University. His research interests are in the field of computer and communication networks with emphasis on fundamental mathematical models and algorithms of complex networks, architectures and protocols of wireless systems, sensor networks, novel internet architectures and experimental platforms for network research.

Tassiulas’ most notable contributions to the field,  which contributed  to his nomination for this award by advisor Professor Anthony Ephremides, include the max-weight scheduling algorithm and the back-pressure network control policy, opportunistic scheduling in wireless, the maximum lifetime approach for wireless network energy management, and the consideration of joint access control and antenna transmission management in multiple antenna wireless systems.

Dr. Tassiulas is a Fellow of IEEE (2007). His research has been recognized by several awards including the inaugural INFOCOM 2007 Achievement Award “for fundamental contributions to resource allocation in communication networks,” the INFOCOM 1994 best paper award, a National Science Foundation (NSF) Research Initiation Award (1992), an NSF CAREER Award (1995), an Office of Naval Research Young Investigator Award (1997) and a Bodossaki Foundation award (1999). He has held faculty positions at Polytechnic University, New York, University of Maryland, College Park, and University of Thessaly, Greece. 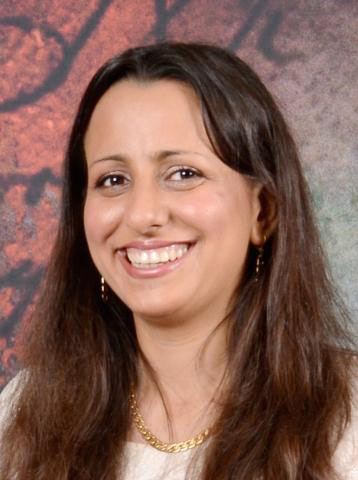 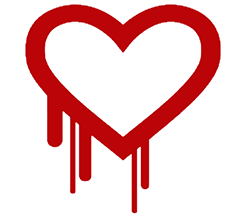 Liu Elected to IEEE Board of Directors 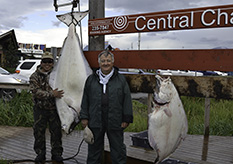